Our teams are continuing to digest and consider the changes coming from Apple’s WWDC 2020, and while there’s a lot to be excited about — the introduction of native PIP to increased transparency and App Clips, to start — there’s one particular area of improvement we can’t wait to take on: iOS 14’s new, improved, and increasingly multimodal-friendly Siri. Apple’s newest iteration of their iconic voice assistant comes with broader functionality, a leaner, minimized design that enables the use of multiple apps at once, and improvements to the built-in Shortcuts app.

Apple’s latest updates position Siri as an increasingly powerful competitor in the AI voice assistant space: iOS 14 will see Siri upgrade her conversational skills and store more facts than ever (estimated at roughly twenty times her 2017 capacity), along with adding access to a bank of data curated from the web. 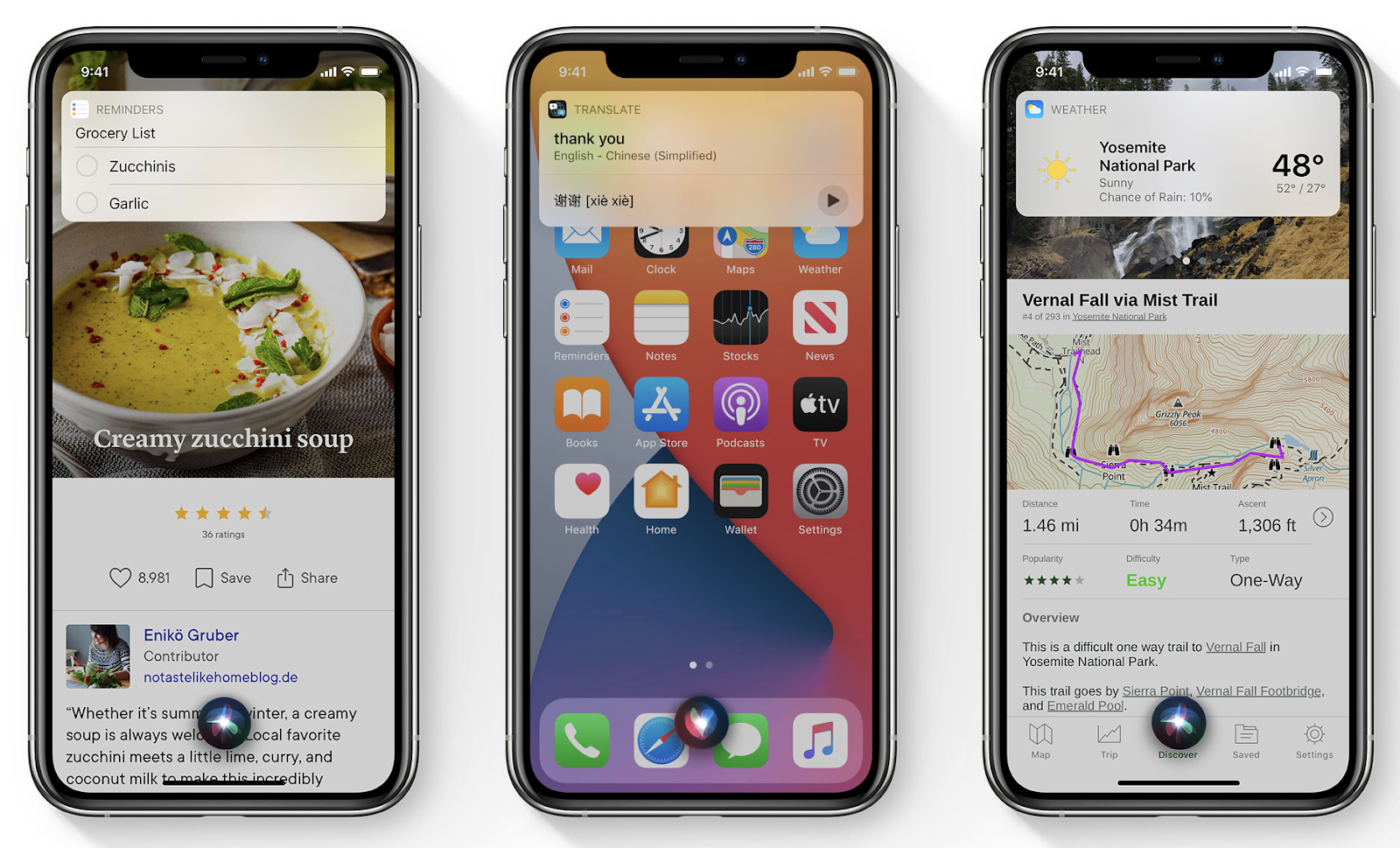 This compact UI introduces one of the most exciting possibilities posed by the new multimodal Siri: added functionality for the built-in Shortcuts app. 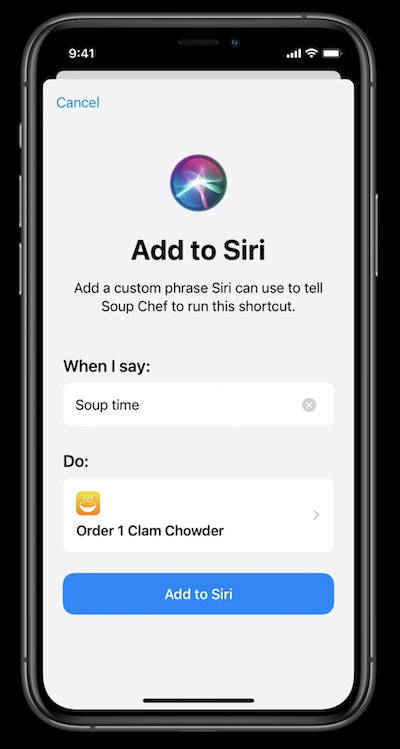 Apps compatible with Shortcuts contain simple, streamlined “Add to Siri” buttons that automatically integrate a given action. Users can select specific actions or tasks and associate them with unique voice commands—e.g., a user might say “let’s caffeinate” to automatically order their favorite coffee for pickup, or “sweet dreams” in order to set their standard morning alarm.

Further, Shortcuts is now equipped to ask follow-up questions, allowing users to conduct transactions, perform tasks, and accomplish goals using only voice. By enabling users to curate their experience, Siri’s new compact UI makes it easy to access Shortcuts when they matter most.

Apple’s updates provide more than just a convenient way to set your alarm in the morning. It’s an opportunity for businesses to voice-enable their apps at relatively little cost.

Because Shortcuts interactions tend to be tightly targeted, they have the potential to provide immense value to users without requiring your business to invest in significant design and development hours. Much like the App Clips feature, it’s a small but powerful tool that equips users to do what they need at the moment they need it—no switching apps required.

For real-world users, the impact is subtle and high-value. A financial services app, for example, might create a conversational shortcut enabling users to check their account balances or inquire about investments, which the user can then access while reading financial reports or disclosures. Alternatively, voice shortcuts could be used to let users check or pay utility bills, get shipping updates, find nearby services, and more.

The new multimodal Siri and Shortcuts offer businesses the opportunity to increase user value with little risk and a lean, content-based design process. As multimodal functions become an increasingly important part of user expectations, we’re excited to offer content design and development tailored to these new capabilities in iOS 14.

Interested in learning more about voice, content, and multimodality at WillowTree? Get in touch — we’d love to hear from you.

To kick off 2021, we sat down with with our client-partner, Synchrony Financial,...