For the third consecutive year, WillowTree celebrates Equal Pay Day by sharing our pay data by self-identified gender. Our organization has a critical role to play in addressing gender inequality, especially in the technology industry where women have historically been underrepresented and underpaid in roles such as engineering.

It’s important not just to say that we support gender equality, but to commit to transparency in our efforts to pay equally across genders for the same job.

In this chart, we have outlined the pay differences between genders by job title for various levels of seniority, and compared it to our numbers from the previous year. This data does not account for seniority or tenure. A negative number indicates women are paid less than men on average for that position, and a positive number indicates women are paid more than men. 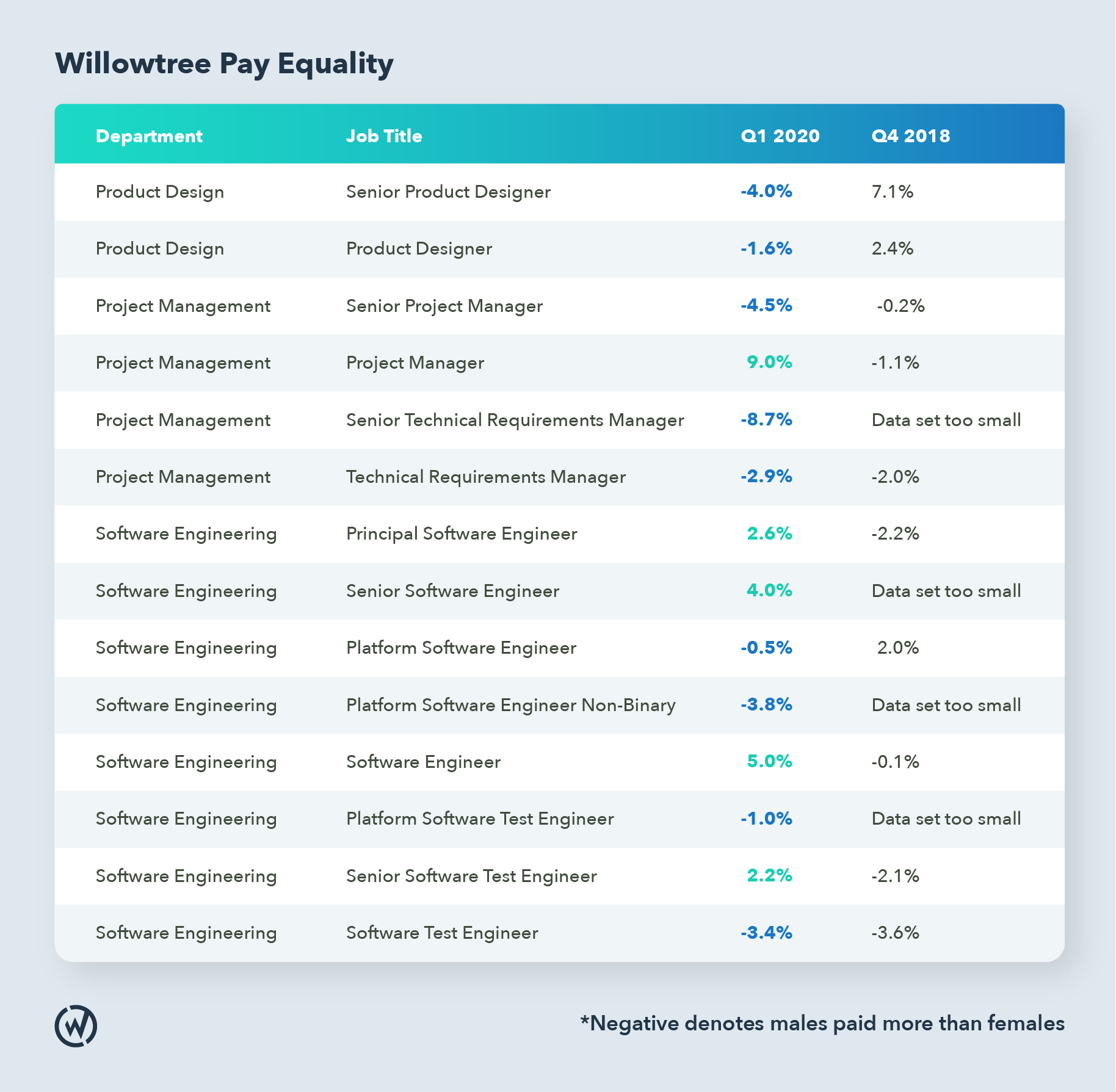 Compensation is only one facet of a job, and there are many other aspects of gender equality in the workplace that companies need to address. We have incorporated an overview of unconscious bias into our training for new team members, and continue to provide robust training on the subject for our hiring and human resources teams. We’ve also partnered with Catalyst Inc. to develop and implement a Slack plug-in that helps users identify and address unconscious bias in their own words.

Guided by our core values such as inclusion and open communication, we know that we have to take clear and intentional steps toward achieving equal pay and equality in the workplace, and there is always more that we can do.

By publishing this data, we encourage and challenge other organizations to do the same, so that we can take transparent steps together to support equal pay.