A common problem you will face when developing Backbone applications is deciding where to put shared logic. At first blush, inheritance (via extend) can solve most of your problems. When you have a group of similar classes, simply make a common ancestor and have them all inherit from it. But what happens when you have a group of *unrelated* classes that need a similar feature? This is where the Mixin pattern becomes incredibly useful.

For the use of this article, we will be making a simple mixin that shows a pop-up alert message with some text when a method is called.

Our first foray into mixing functionality into our views will be quite simple. First, we will create an object to house our grouped functions, and then we will attach it to our Backbone view:

As you can see, the implementation of the mixin itself is very simple. It is just a wrapper object housing our _alert method. Now, let’s create a Backbone view:

Our view is just an empty class, but the interesting part is the _.extend. Here, we are adding all the properties of alerts onto the prototype of our class. Now, whenever we make a new instance of ViewOne we will have access to _alert.

Right out the gate, this is very powerful, as we can keep adding onto the prototype of ViewOne by adding more mixins to the extend.

One issue (depending on how you look at it) with the above method is that the mixins are destructive. If two of your mixins implement the same method, the last one wins no matter what. We want to give the mixin flexibility to decide if it will overwrite any methods that exist already, or extend them.

To do this, we will allow our mixins to be either objects or functions. The objects will behave just as before, not taking any considerations into account when extending the base view. The function mixin will get past the view it is getting mixed into to perform conditional logic.

Let’s take a look at what’s happening here. We have a function that takes a view as its first parameter and any number of things after it. The first line of the function grabs the tail of the argument’s pseudo-array, which we then iterate over. For each of these mixins we execute it (if it is a function) or simply save its value. Finally, we extend our view with the result of the mixin. So, how would we use this method?

Now our mixins can be either functions or objects. In this case, the function is actually checking to see if the _alert  method exists on the view’s prototype beforehand. If it does exist, we make a new method that is simply a composition of the old method with the new method. Now, when _alert  is called, first oldAlert  executes and then the new _alert  executes. In this fashion, the mixins are responsible for perserving methods (or not) if they desire.

Now, let’s extend this concept a bit further. What if we wanted our alert mixin to automatically pop up the alert one second after the view is initialized? With our current pattern, we would need to bake that timer aspect into the individual view as follows:

The issue here is we have now increased the coupling of our view to the alert  mixin. In our third attempt, we will decrease the coupling of logic as well as increase the cohesion of our mixin. Another thing you may notice is the timing of the execution of our second attempt. The Mixin  Method is called when the scripts are first parsed and executed by the browser. We would have substantially more flexibility if we could defer this until the individual classes get initialized. To do this, we are going to add a little bit of sugar to the base Backbone.View  class:

Here, we are actually overwriting the original Backbone.View  object with a new class. We still call the original constructor, however, we add in the check for a mixins  property on the view object. We then call our Mixin  method, but it will need some slight modifications:

Here, we have some subtle yet very important differences. First, we no longer pass in the view class as a paramater. Instead we are passing the *instance* of the view as the scope. What does this mean? It means our mixin function is now the equivalent of a Backbone.View’s initialize  method.

Second, we no longer pass in the mixins as a parameter to the Mixin  method. Instead, we look for a mixin  property on the view object. With all this said and done, though, how can we actually use this?

This pattern gives you an incredible amount of flexibility. For example, let’s say you want to pass options to your mixins. You can either make the mixin a higher-order function that accepts options and returns a mixin, or you could simply attach options to your view and reference them from within the mixin.

At WillowTree, mixins have played very nicely with creating cohesive code. We have several exciting mixins that we will be sharing over the coming weeks that you can start using actively in your own Backbone projects.

To run this code locally, simply clone the repo on GitHub. 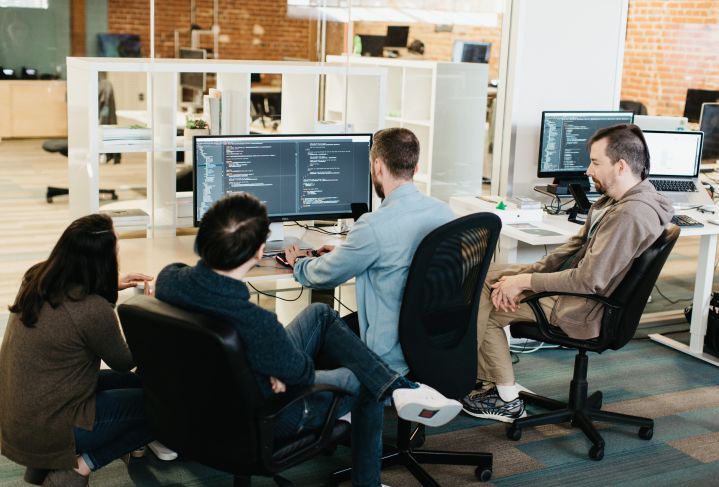 The Avengers Initiative for Software Engineers

Hi, my name is Chris Sellek, and I'm here to talk to you about the Avengers Initiative....